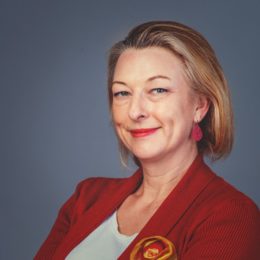 Anaïs Marin is an independent Belarus expert who joined the the Russia and Eurasia programme as an associate fellow in December 2019. Since 2019 she is also a researcher in the Centre for French Culture and Francophone Studies at the University of Warsaw.

An IR scholar specialising on post-Soviet Eurasia, since 2014 she has been investigating the foreign policy of authoritarian regimes (“dictaplomacy”), first as a Marie Curie Fellow (Collegium Civitas, Warsaw), now with a grant from the Polish National Centre for Science (University of Warsaw).

Anaïs has been involved in policy expert and advocacy networks on Belarus, and published for various think tanks, notably the Finnish Institute of International Affairs (FIIA, Helsinki) and the EU Institute for Security Studies. She regularly participates in OSCE/ODIHR election observation missions in the region.

In 2018 she was appointed UN special rapporteur on human rights in Belarus.

She received her PhD and MA from Sciences Po Paris/CERI.